Eva Earlong is a supporting character from the Jazz Jackrabbit series. She is the crown princess of Carrotus and the daughter of Queen Earlong as well as the girlfriend and later wife of Jazz Jackrabbit.

In the first game Eva is kidnapped by Devan Shell who plans to use her as ransom to take over Carrotus. She basically acts as the damsel in distress whom Jazz must rescue. She makes appearances during most end of episode cutscenes, often calling upon Jazz to rescue her.

Eva doesn't actually appear in this game until the ending, being mostly mentioned in the manual as her and Jazz are getting married, only for a minion of Devan to crash their party and steal Eva's wedding ring. In the comic detailing the story she asks for Spaz's help to rescue Jazz from the castle's dungeon and pursue Devan. On the game's ending the two finally get married.

Eva makes a in-game appearance in the Shareware Demo level of Psychedelia. If the player is turned into a frog by the Witch enemy he can find Eva, who will kiss the player to turn him back to normal.

Had this game been released, the now fully wed Jazz and Eva would have children, which Devan Shell would kidnap to kickstart the game's plot. She would have served as a supporting character in this game.

She has blue fur and always wears red lipstick. Her hair color is supposedly brown, although her Jazz Jackrabbit 2 sprite has orange hair. She usually wears a pink dress. 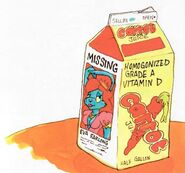 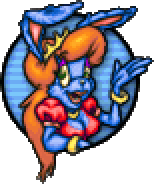 Jazz Jackrabbit Intro Screen
Add a photo to this gallery
Retrieved from "https://jazzjackrabbit.fandom.com/wiki/Eva_Earlong?oldid=6815"
Community content is available under CC-BY-SA unless otherwise noted.