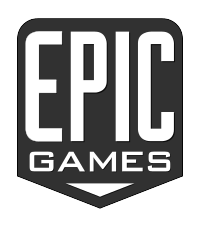 Epic Games is a development and publishing studio better known for its franchises Unreal, Gears of War and Bulletstorm, as well as its most widespread technology, the Unreal Engine.

They started in 1991 as Potomac Computer Systems, and their first game ever, ZZT, was developed using Turbo Pascal. The studio would later be recognized as Epic Megagames, and shortly before the launch of the first Unreal Tournament, the company would rename itself as simply Epic Games.

Epic Games was initially founded under the name of 'Potomac Computer Systems' in 1991 by Tim Sweeney in Rockville, Maryland, releasing its flagship product, ZZT, the same year. During the latter portion of ZZT's life span, the company became known as Epic MegaGames and subsequently released numerous popular shareware games, including Overkill, Tyrian, Epic Pinball, Brix, Dare to Dream, Jill of the Jungle, Kiloblaster, Xargon, Solar Winds, Ken's Labyrinth, Jazz Jackrabbit, and One Must Fall: 2097. During this time, Epic also published and sold games developed by other developers such as those by Safari Software and also XLand's Robbo, Heartlight, and Electro Man; and Renaissance's Zone 66.

In 1996, Epic MegaGames produced a shareware isometric shooter called Fire Fight, developed by Polish Chaos Works. It was later released commercially by Electronic Arts. In 1997, Safari Software was acquired in whole by Epic MegaGames and some of their titles as well as other pre-1998 games were sold under the Epic Classics brand until late 2012.

In 1998, Epic MegaGames released Unreal, a 3D first-person shooter co-developed with Digital Extremes, which expanded into a series of Unreal games. The company also began to license the core technology, the Unreal Engine, to other game developers.

In 1999, the company changed its name to Epic Games and moved its offices, including its Rockville headquarters, to Cary, North Carolina. In 2006, Epic released the Xbox 360 and PC bestseller Gears of War and completed work on Unreal Tournament 3 for PC, PS3, and Xbox 360. In summer 2009, Epic released the Chair developed Shadow Complex on Xbox Live Arcade. On November 7, 2008, Epic Games released Gears of War 2, the sequel to their bestselling game Gears of War, which continues the story of humanity's struggle against the Locust Horde. Epic worked on an iOS game Infinity Blade which was released on December 9, 2010. They also released Gears of War 3, the third game in the Gears of War series on September 20, 2011. In 2011, Epic's subsidiary Titan Studios was dissolved.

At the 2011 Spike Video Game Awards, Epic Games announced their new game Fortnite. In June 2012, Epic announced that they were opening up a new studio, Epic Baltimore, made up of members of 38 Studios' Big Huge Games. Epic Baltimore was renamed to Impossible Studios in August 2012.

Epic is the proprietor of three successful game engines in the video game industry. Each Unreal Engine has a complete feature set of graphical rendering, sound processing, and physics that can be widely adapted to fit the specific needs of a game developer that does not want to code its own engine from scratch. The three engines Epic has created are the Unreal Engine, Unreal Engine 2 (including its 2.5 and 2.X releases), and Unreal Engine 3, Epic's latest release.

Retrieved from "https://jazzjackrabbit.fandom.com/wiki/Epic_Games?oldid=4842"
Community content is available under CC-BY-SA unless otherwise noted.