Tubelectric
Diamondus is a recurring level in the Jazz Jackrabbit series, appearing as the first level on the Turtle Terror episode in the first game and the Flashback episode in the second game.

A beautiful grassland planet with a healthy atmosphere and plenty of goodies. However, the turtles know this also and are pillaging the land as we speak! Beware of bees and look for secret passages by shooting walls! Can you find the hidden Birdland in level 2?

Diamondus is a very straightforward level, owing to it being the very first level in the game, and a good area to get accostumed with the game's controls and workings. The level is filled with Turtle Goons and Bumbling Bees, which shouldn't pose much of a challenge. The second area of the stage has the first high-speed section of the game, where you pick the high-speed shoes and goes through a series of tunnels without enemies.

Once the high-speed section ends you come into a open area with various blue springboards. If you hit the first springboard and holds to the left you can find a secret passage on the wall, which leads to the first secret stage in the game. On this stage you play as a Hip Hop, with lots of Blaster ammunition to pick up and no enemies to fight besides a Turtle Goon which acts as a boss at the end.

Diamondus works as much as it did in the first game, but with some added hazards to contend, such as beehives which will constantly spawn Bumbling Bees. Depending on which character you're playing you'll start on a different route through the first area of the stage. 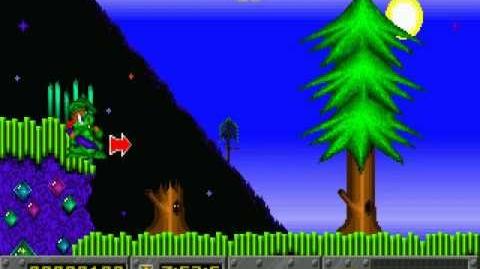 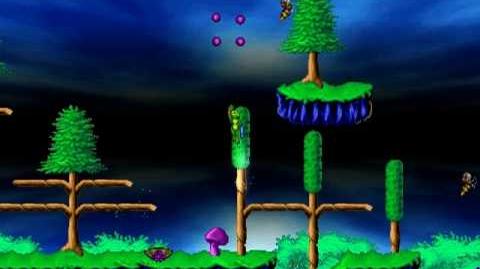 Jazz Jackrabbit 2 Soundtrack - Diamondus Remix
Add a photo to this gallery
Retrieved from "https://jazzjackrabbit.fandom.com/wiki/Diamondus?oldid=7070"
Community content is available under CC-BY-SA unless otherwise noted.